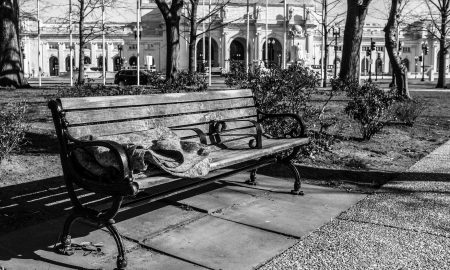 According to a 2012 report that took documented policies promoting gender equality, safeguards protecting women from violence and exploitation, as well as access to healthcare, resulted in India ranking as one of the worst countries for women. And six years later, while there have been some significant societal and political improvements, India still maintains the same reputation.

One of the most widespread gender-based crimes prevalent in India is human trafficking. Prajwala, an anti-trafficking organization based in South India, estimates that out of the 20 million commercial sex workers in India, 18 million are sex trafficking victims.

Elca Grobler moved to India with her family in 2011 with the intention of utilizing her background in finance to help train Indian women in financial literacy. When she recognized the obvious power imbalance between men and women in India and that the women were treated as a commodity, Grobler’s plans changed.

“Economic freedom doesn’t actually mean that much if you’re in a highly abusive situation,” Grobler told PBS. Grobler founded the My Choices Foundation in 2012 in order to help transform India into a “safe, peaceful, and encouraging place for women and girls by empowering them with the awareness, education, and support they need to become their own change agents.”

The Global Slavery Index indicates that there are 40 million modern slaves worldwide; the 18 million in India make up nearly half of that number. My Choices partnered with Quantium, an Australian data analytics firm, to develop an algorithm to help identify at-risk communities based on attributes that make them more likely targets for sex traffickers. Some factors that the algorithm takes into account are the distance between the community and a police station, education and literacy, transportation, and – most notably – poverty levels.

The data concludes that impoverished communities are more likely to be targeted by traffickers due to the fact that money is a powerful coercion tool that can be used to lure girls into their services. Traffickers approach families and offer to pay off debts or make promises in exchange for rights to the girls’ bodies. Grobler’s organization worked with Final Mile in Mumbai to devise the best method to educate fathers, who are often the key-decision makers in the families, and try to appeal to their senses of protectiveness in a positive way.

The program aims to help fathers realize that investing in their daughters’ futures will have more long-term beneficial results for the family and the community than an early marriage or entering them into prostitution rings. “We speak to the good in the fathers and empower them with what to look for to protect their daughters from traffickers,” said Grobler.

The My Choices Foundation is devoted to ending sex trafficking through its Red Alert operation, which is divided into three pillars: expose, empower, and eradicate. The implementing partners spend three days in each village where they show films, organize school programs, and meet with parents, leaders, children, and law enforcement to educate them about the issue. The partners continue to monitor the village once the programs are completed. The foundation found that, once the traffickers know a village is being monitored, they are less likely to target that village.

Since it began, it has implemented more than 449 Safe Village Programs. To become a partner or to find out more about volunteering with the My Choices foundation, visit the organization’s website.