From Homeless to Employed 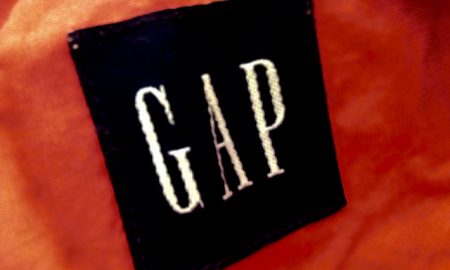 A lot of people walk into a Starbucks thinking that when they walk out they’ll have a delicious drink. One man walked out of a Starbucks in Marin City, CA, with the opportunity to change a homeless man’s life.

This good samaritan, Adam August, had seen the same homeless man a handful of times at the local Starbucks. Every time that he noticed the homeless man, he told himself that he would eventually treat the man to lunch. Yet, each time he had that thought, he would think of an excuse not to do it. He would convince himself not to meet this homeless man and make sure that he got a good meal.

Then, August stopped making excuses. He went up to the man and offered to treat him to lunch. The man agreed. During the meal, August found out that the man’s name is Tarec. He was born and raised in Jamaica, but came to the US 8 years ago. For the past year, Tarec was living in a tent by the highway, spending most of his time by himself, and sometimes going days without food.

In a Quora post about his experience, August wrote, “Because of all these hardships, trying to get a job is impossible. How can you fill out [job] applications when you haven’t eaten in days?” August felt a responsibility to give Tarec the chance to feel confident and secure enough to apply for jobs and get back on his feet.

Later, August let Tarec use his shower and took him to Ross for a new shirt and pair of slacks. Having a full stomach, a hot shower, and some nice clothes noticeably gave Tarec a confidence in himself that he hadn’t felt in a long time. “I was blown away at the immediate change in his demeanor,” wrote August, “His smile was radiant, he stood up straighter, and even walked with swagger.”

The two went from store to store to find out who was hiring. August made sure that he went into each of the stores with Tarec so that he felt less alone, and he knew that there was someone there supporting him, writing “it can be overwhelming to walk into a business and ask for a job.”

Though a handful of stores were hiring, they only posted job applications online. For Tarec, this made the application process problematic. He does not a have a computer; he’s never had a computer. August took him to the local library to teach him how to use a computer and how to fill out applications. However, he noticed that it would not be as easy as he thought, explaining, “we take our computer literacy for granted. Watching [Tarec] struggle to fill out an application put so much into perspective for me.”

After some phone interviews that next week, Tarec had an in-person interview at a Safeway. August remembers dropping him off at the interview and seeing him come out of the Safeway 20 minutes later “with a big smile and a thumbs up.”

Homeless people are often dehumanized and made to seem less than others, but August saw past that. He knew that, like everyone else, Tarec was a human being searching for happiness, camaraderie, and purpose. Once August took the time to help this man, Tarec was able to take a few steps closer to reclaiming his humanity in the eyes of society, and it made all the difference.