Got Your 6: She’s Badass Campaign

Advice from the First Female First Minister of Scotland 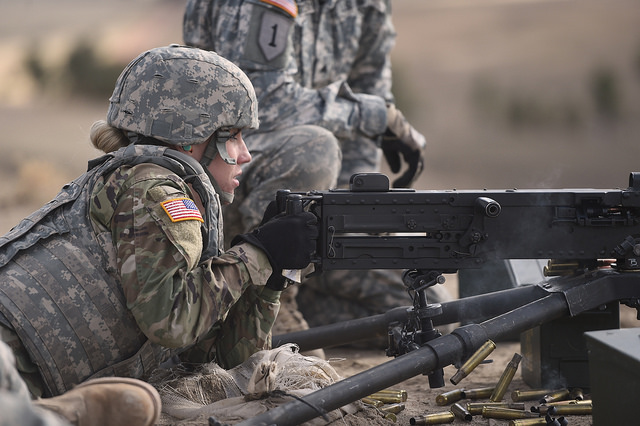 In this ever-changing world, it’s comforting to know that we have a strong support system backing us up when we need it. We all need someone to have our backs. Veterans need and deserve respect for what they do, but most importantly, they need us to have their backs when they tackle issues going on around the globe.

Got Your 6 is a non-profit organization that aims to unite everyone to empower, support, and inspire our veterans. The organization strongly believes that veterans are “uniquely suited to solve some of our nation’s most difficult challenges.”

The organization got its name from the saying “Got your six,” which means “I’ve got your back.” According to the non-profit’s website, “The saying originated with World War I fighter pilots referencing a pilot’s rear as the six o’clock position. It is now a ubiquitous term in the military that highlights the loyalty and cooperation found in military culture. The Got Your Six campaign chose this term because it is emblematic of the many skills veterans bring back into their communities when they return home.”

At the end of March, Got Your 6 launched the #ShesBadass campaign in order to celebrate female veterans. A video was released sharing the stories of four veteran women: a former helicopter door gunner, a refugee, an airman, and a breast cancer survivor. The goal of the campaign is to change the public’s perceptions about women who are veterans.

One of these women shared, “I get all sorts of questions, [like], ‘I didn’t realize that women could even be doing the jobs that you were doing.’” She said, “There are a lot of female veterans out there doing badass things right now and I think that’s a huge thing for us to focus on. I have served two combat tours in Afghanistan as a Marine aerial door gunner and survived a helicopter crash.”

Kate Hoit, Got Your 6’s Director of Content, stated, “These women’s service is often overlooked when they leave the military. We hope people will watch and share this video to help us defy stereotypes and put a face to a new generation of veterans.”

Hoit, like many others, hopes Got Your 6’s video will not only change our perception of the badass women who have or are still serving our country, but inspire them as well. She added, “So the next time someone says, ‘You were in the military? But you’re so small,’ or ‘You don’t look like a veteran,’ just show them this video.”