“Be Stronger than Your Excuses, be Empowered” 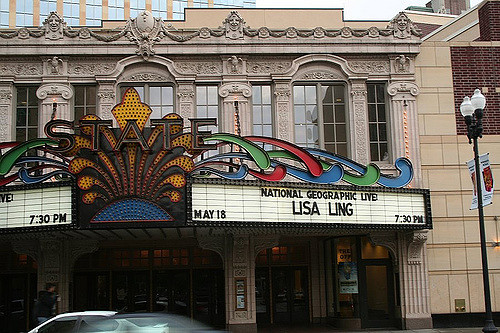 Award-winning journalist, documentarian, and a cast member of The View, Lisa Ling is the host of a ground-breaking documentary series, This Is Life, a show dedicated to revealing the marginalized, misrepresented, and invisible communities of America.


Beginning her journalism career at the age of 16, Ling and four other students served as hosts for a nationally syndicated student newsmagazine, Scratch, which was based in Ling’s hometown of Sacramento, California. During this time, Ling was also among the youngest of the reporters for Channel One News’, which aired in over 12,000 high schools across America to 8.5 million student viewers.

Branching off to bigger stories, Ling rose in the satellite news and media circuit as a respected global news reporter. She covered stories from at least 24 countries, including areas of hostile civil unrest such as Algeria, Iran, Iraq, and Albania, where she reported the civil conflict and Kosovo refugee crisis.

Even more impressive, Ling also covered stories while stationed in Afghanistan during the Taliban’s control. By the age of 25, Ling’s proficient and prolific global news segments and stories branded her as a Channel One senior war correspondent.

Armed with nerves of steel and a camera, Ling went on to be a part of many high-risk and dangerous exposés and investigations, such as her joint investigation with Time magazine in 1996 where she followed a Russian company held suspect by international agencies of smuggling nuclear weapons. Ling also covered many other hard-hitting stories on heinous crimes in developing countries, including a report on gang rape in the Congo, ceremonial bride-burning in India, and the humanitarian crisis of Uganda’s Lord’s Resistance Army (LRA).

Focusing on shooting documentaries, Ling produced eight pieces for the PBS and National Geographic channels on highly controversial topics, including drug trafficking in which she investigated secret cocaine processing labs hidden in the Colombian jungle. In another documentary, Ling went undercover as a medical coordinator into North Korea to cover a story on the enigmatic “Hermit Kingdom.”

Ling’s successful and critically-acclaimed reports while abroad are now aimed towards uncovering the unseen and controversial sides of her own backyard. Her CNN original series, This is Life with Lisa Ling, and OWN network series, Our America with Lisa Ling, provide intel and visibility to the organic and unique societies that either reside with or resist mainstream America.

From exploring the underground world of sex trafficking and drug dealing to highly controversial topics such as transgender people and sex offenders, Ling has awakened and educated her viewers on the diversity that exists within everyday life as well as the flawed and oftentimes destructive systems and institutions that dictate society. A passionate opponent against the sex slave trade, Ling is also a supporter of the Coalition to Abolish Slavery & Trafficking (CAST).

Today, Ling continues to capitalize on the audience she has garnered by filming new episodes of This Is Life as well as publishing her most recent novel, co-written with her sister, Laura Ling, Somewhere Inside: One Sister’s Captivity in North Korea and the Other’s Fight to Bring Her Home.

As one of the few Asian American award-winning journalists, Ling continues to inspire, empower, and educate her readers and viewers both as a reporter and activist. She makes an incredible impact by giving a voice to those who are unheard and producing quality content that continues to inform the public on issues concerning human rights.