Monumental Shift for Women in Politics 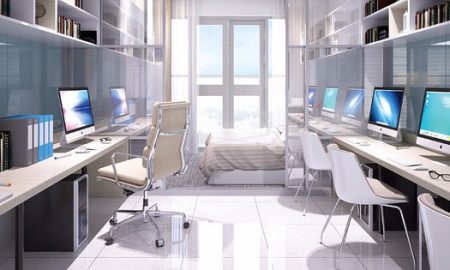 Only Three Percent of Creative Directors are Women

Since this past election, thousands of women in the United States have been strategizing how to run for office in the next election. They are reaching out for help and have created a list of things to do to make sure they are recognized.

Some tasks on their to-do list include calling your neighbor, how to ask for money, opening a campaign bank account, getting the party’s voter file, and finding and knocking on the right doors in your district. When the women went back to their hometowns, they starting getting down to business and crossing these tasks off their to-do lists.

Since the Women’s Convention held in Detroit, Michigan, women all over the country have been taking initiative and learning how to run for office themselves. The convention was meant to transform the women’s movement momentum into votes, seats, and majorities.

The women in attendance were provided with step-by-step guides that will help them along their journey, whether that is running for candidacy or making sure more women get more involved for future elections.

More than 20,000 women have approached Emily’s List about running for office since the election; normally, the number is less than 1,000. Now that these women have the tools to use when beginning to campaign, this will be a huge turning point.

Shireen Ghorbani, 36, who is running for Congress in Utah’s 2nd district against Republican Chris Stewart, says, “This election made me feel like obviously anyone can hold elected office, literally anyone! I think women have a right to be pissed off right now.”

She is absolutely right; this is the perfect opportunity for women to take advantage of the state the country is currently in. All of the controversy, uprisings, division between parties, and women’s movements are making people ready for change.

Linda Sarsour, one of the co-organizers of the Women’s March, said in an interview, “Marching is just not enough. In the short term, we have to win in 2018.” And that is exactly what these women are planning to do.

Some of the women running for candidacy see it as a duty rather than a desire. Charlesetta Wilson, 39, who is considering running for Michigan House of Representatives in the Detroit district, states, “I almost feel like it’s a little bit selfish not to run. Even though I may have to sacrifice my privacy and things like that, it’s for the better of the whole, it’s for the better of the community.”

Women who are qualified for these positions feel like it is something they have to do because if they don’t, then who will? They are doing what they feel is the right thing to do.

Maureen Martin, 60, who plans to run for county commission in southeastern Michigan, pushes this point: “If not me, who? How would someone else have more ability than I have right now? It’s an obligation, it’s a responsibility.” She makes a valid point because there are people that would love to get involved but don’t have the mobility or means to. This is why it is so important for qualified women to really work to shatter the glass ceiling while the country is weak.

The turnout at almost every political panel has been extraordinary for women. Even when an entire women audience is asked who is considering running, half of the room raises their hands, and most of the women who were unsure ended up interviewing about their likelihood to be a part of the candidacy.