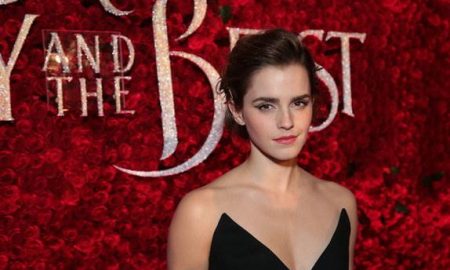 Save the Fairy Tale, Ditch the Sexism

Every Thursday in Blue Earth, Minnesota, Angie Evenson’s three daughters, five-year-old Grace, three-year-old Rose, and two-year-old Sophia, run to the window to wave to the sanitation workers who collect their trash. Every week, garbagemen Brandon Olsen and Taylor Fritz meet their gestures with equally excited waves. According to Evenson, they’ve kept this tradition for over a year. Olsen said in an interview with ABC News, “We wait and look for them. For us, it makes our day.” Fritz adds, “It could warm anybody’s heart, seeing those girls wave.”

Last fall, the Evenson family moved within their small town. Before they left their old home, Evenson wrote a note to the garbagemen telling them to expect their weekly waves at the new address.

That same year, after finding the family’s new home, Olsen and Fritz dropped off some Halloween treats for the girls as a thank you for their continued warm welcome. In response, the girls drew pictures for the garbagemen. Alongside those pictures, Evenson left another note for the dynamic garbage-collecting duo, not knowing that it would have the impact that it did.

The note said, “We may miss you some Thursdays upcoming, our three-year-old girl was diagnosed with cancer and has chemo on Thursdays.”

Rose had been diagnosed with stage four kidney cancer, which spread to her lungs, and chemotherapy is a part of her treatment prognosis. “I just wanted them to know we weren’t stopping waving at them,” Evenson said.

As a father of three, Olsen was in shock after he read the note, he told Today, “I read the note and I was near in tears.” He continued, “As a father, it’s scary to think, ‘What if it were me in that situation?’” As the two continued on their route, they brainstormed what they could do to help out the Evenson family.

They decided to go to their supervisor, explain the situation, and offer to transfer the free garbage pickup, (which they receive as an employee benefit) over to the Evensons. Touched by the story, general manager Mike Johnson began to wonder what the company could do as a whole to help the family. After speaking with one of his partners, Johnson decided to donate a year of free garbage pickup services to the family. “We realize it’s just a little bill, but not having to worry about that one thing – we just thought that it might be helpful,” said Johnson.

Johnson was right. Evenson notes the act of kindness as something that helped breathe strength into their family. “The little things that people do carry you along,” Evenson said, “What they did made us feel like we were not alone.” She continued, saying “It was just a simple gesture, but to us, it was huge.”

Although these garbagemen hardly knew the Evenson family, outside of their weekly greetings, they took it upon themselves to do what they could to make the family’s life a bit easier, a lesson we all could learn in regards to solidarity in our communities.