Here’s How Sephora Should Make Changes After SZA Scandal

Women are Empowered During Celebration of the Ocean 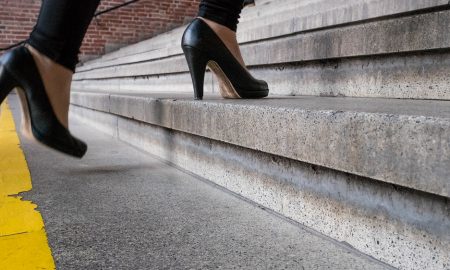 Japanese Women Forced by Law to Wear Heels at Work

On Wednesday, June 5th, beauty retail chain Sephora closed down all of its U.S. stores for an hour. During that hour, employees were required to participate in diversity & inclusion workshops, which were planned after a racially-motivated incident involving famous R&B singer, SZA. On April 30th, she tweeted that an employee at a Calabasas store called security to assure the singer wasn’t stealing––an unfair judgment that’s being considered an act of racial profiling.

Sephora prides itself on being a company that is “committed to creating a culture of belonging as we celebrate the beautiful diversity of our people and our clients,” according to their website. The company decided to extend their mission for empowerment by announcing their social impact initiative, Sephora Stands, back in 2017. Programs include helping female-run startups in the beauty industry and offering beauty training. Along with this, they have a history of promoting diversity and catering to clients of all identities.

Given their past efforts to be gender-inclusive and empower all customers, Sephora has been taking the incident with SZA very seriously. The company asserts that they do not tolerate racial profiling from store associates and that inclusivity workshops had already been in development before SZA’s occurrence.

Diversity training is often the result of high-profile scandals in which the company or institution involved is trying to control its reputation. What matters is not the training’s effectiveness to promote real change within the company, but rather what a publicized promise to host diversity training means for the company’s image.

Sephora’s diversity workshops are said to positively affect the company from a public relations standpoint. However, it is unclear whether or not they will prompt any effective change when it comes to improving customer experience.

There are concerns that the one hour of diversity training is not enough to address the issues with racial bias in retail settings. Research shows that training is most effective when it occurs over a period of time. Participants are more likely to absorb the importance of inclusivity when they are consistently exposed to diverse workplace environments.
Gender and racial bias is also the result of individual experiences. What diversity training does is tell participants what is right from wrong, but it fails to address the core reasons why that bias may exist and how it can change.

Featured Image by The Come Up Show on Flickr.