WGF: You Must Understand Social Inequalities 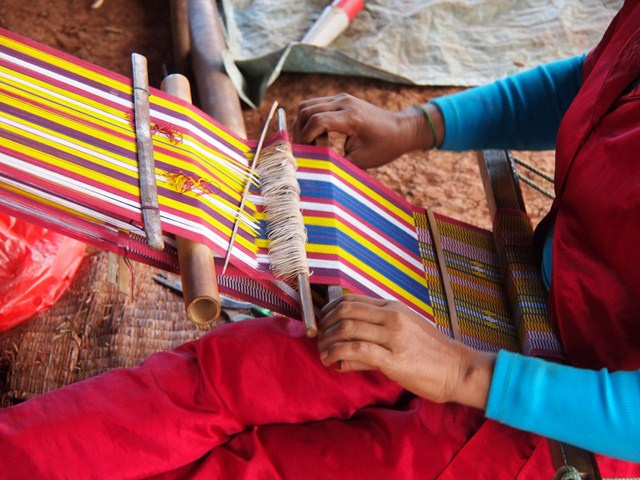 When shopping for gifts, we always want to give something unique and interesting. Some people search antique markets, others custom-order products, but what if you could get a one-of-a-kind, beautiful, ethically-sourced gift that’s sure to stand out over the rest? Ten Thousand Villages is the destination for you.

Ten Thousand Villages’ stunning crafts range from elegant drinkware to one-of-a kind pieces of jewelry to décor that will give your home the zen it has desperately needed. Each craft is handmade by a disadvantaged artisan in a developing country, and each purchase drastically improves the life of the maker by providing them with a fair and stable income.

Each craft has a story behind it. Through decades of war, two million tons of explosives fell onto Cambodian soil, but artisans there turned tragedy into hope by transforming the bomb casings into wearable art. The pieces are symbols of peace and resurrection. This is only one example of the meaning behind an item sold at Ten Thousand Villages.

The non-profit organization was founded by Edna Ruth Byler in 1946 after a trip to Puerto Rico with her husband. She saw women from La Plata Valley who were making pieces of fine embroidery, but were struggling to feed their own children. This experience moved Byler because she knew the importance of dignity and people wanting a way to help themselves.

Byler had a vision. She saw the long-term value that having a sustainable income would bring to impoverished women and villages. The artisans had no place to sell their crafts, and Blyer wondered if other Americans would find the crafts as beautiful as she did.

So, without much of a plan, Byler brought the pieces back home to America and began selling them to friends. She packed up her car and traveled to sewing circles across the country and described the stories of the artisans. She explained that with each purchase, an impoverished woman could gain economic independence which would give that woman and her family a better chance for a brighter future, marking the beginning of Ten Thousand Villages.

To avoid any exploitation of the artisans, Ten Thousand Villages embraces a fair trade business system. Fair trade is an ethical system that aims to prove a successful business can still put people first and creates long-term relationships with the makers because it uses transparent communication. The business sits and talks with the makers to agree on a plan that ensures sustainability for both parties.

Fair trade also creates opportunity for women and people with disabilities in countries where they are not empowered. They take the time to teach women about basic human rights in an effort to help them become financially independent and keep them safe from sexual abuse and human trafficking. Fair trade prohibits child labor and unsafe working conditions as well.

The foundation of Ten Thousand Villages far surpasses the simple concept of creating and selling merchandise. Its existence has, in fact, created opportunities for a group of people to improve their lives and has enlightened the rest of the world to the gifted artisans from these villages.

“Help a woman earn her own income and she will never be held down again.” – Irani Sen