Connect
To Top
Be InformedDecember 6, 2017 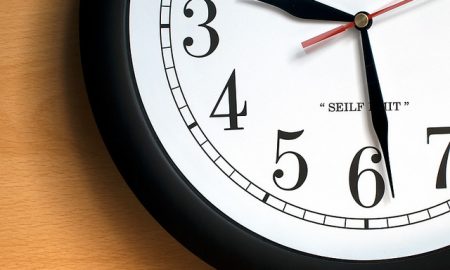 Frequency of Violence Against Women Displayed on Online Clocks

The number of girls’ and women’s lacrosse players has doubled in the last 10 years, bringing the current amount of female players to about 315,000 nationwide.

For as long as women’s lacrosse has been around, people have been debating whether headgear should be mandatory for the players. The reason for the debate is the fear that with this additional equipment, the girls will start to be rougher because the headgear serves as much greater protection where one would not have to worry about being too rough.

Currently, the rules state that headgear is optional in girls’ lacrosse despite studies reporting the women’s sport to have the fifth-highest rate of concussions in high school sports: football, ice hockey, boys’ lacrosse, and girls’ soccer rank higher.

One of the issues with the theory of headgear making the girls play rougher is that there is no evidence of this happening.

This has sexism written all over it. The rule suggests that women can’t be as aggressive as men and are too fragile to participate in the same game with the same rules and equipment. Men wear full-body gear and helmets to protect themselves from rough play, but the only protection involved in women’s lacrosse is goggles and a mouth guard. The uniforms for girls’ lacrosse usually involves skirts, which is a highly unusual and impractical piece of clothing for running around.

The issue of headgear is not as serious for the younger girls, but as soon as the conversation reaches the college level, people have a hard time keeping calm.

One of the coaches that discussed her concern for having headgear is the Boston College women’s lacrosse coach, Acacia Walker. Walker even went as far as saying that if women started wearing headgear in college, she would no longer want to coach.

She claims, “Our game is already getting closer and closer to the men’s game. Helmets and then pads would lead to the merging of the rules and the same game.” However, Walker also stated that she would not stop a player from wearing headgear if they chose to do so.

Headgear, just like in football and other sports, would not prevent all concussions, but it lessens the head trauma and would lower the amount of concussions caused by stick-to-head or ball-to-head contact that the girls experience. The girls’ goalies have been wearing helmets for years, so it is time to take the same precautions with the other players.

Another women’s lacrosse coach at the University of Pennsylvania, Karin Corbett, says, “As soon as you put helmets on, you’re going to end up going to shoulder pads because the kids hit harder. They also will start to lead with their heads because they feel protected, and that causes more injuries. We’ll become a more physical sport and a very different looking sport than we are today.”

She feels strongly on this issue because she had a player that had three concussions, so Corbett had the girl wear headgear; however, the player got another concussion, which ended her lacrosse career.

Although this may scare some people, it’s not the point of the argument. Men frequently receive concussions in their sports careers and no one is concerned about it. Part of playing an aggressively-charged sport is to be aggressive.There are not many sports where women can let out the same kind of rage and competitiveness as men.

If women want to play a sport of equal aggression, knowing the possible harmful outcomes of the game, then they should be allowed to play the same way. It is sexist to say that men can withstand these effects but women simply cannot. There is zero logic in changing the rules and regulations of a sport because of gender differences.